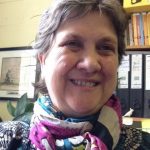 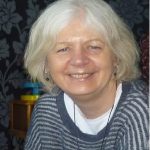 In today’s guest post Jane Millar and Tess Ridge, draw on some of the insights gleaned from their qualitative longitudinal study, The family work project: earning and caring in low-income households. The latest phase – following up 15 of the original families – was completed in early 2017, and published as Work and relationships over time in lone-mother families.

In this blog, they focus on two factors that affected the sharing and re-use of data; the construction of their sample, and their family-based theoretical approach.

Jane, Professor of Social Policy at the University of Bath, is a Fellow of the British Academy and of the Academy of Social Sciences. Jane is well known for her work on lone parents and welfare to work, social security and tax credits, poverty and family policy.

Tess is an Honorary Professor in the Department of Social and Policy Studies at the University of Bath, and Fellow of the Academy of Social Sciences. Tess is well known for her children-focused work on childhood poverty, social exclusion, welfare and economic support.

Our longitudinal qualitative research started about 15 years ago, with a project to explore the impact of moving into paid work on the lives of lone mothers and their children. This was a very hot policy topic at the time, with a major policy drive to increase lone-parent employment.

Our sample consisted of 50 lone mothers who left Income Support for paid work in 2001/2002. We interviewed the mothers and their children first in 2004, and then again in 2005 and 2007. We have published a number of reports and articles, looking at various aspects of the move into work and employment sustainability, see our project webpage.

In 2016 we returned to 15 families, chosen to reflect the range of family and employment experiences and circumstances[1]. The long-term nature of the study has provided a unique insight into how these families managed work and care through some very challenging economic times.

Every longitudinal study starts at a particular point in time, and from the conceptual and methodological decisions and priorities at that time. Such decisions have implications throughout the project, and beyond. Here we discuss two factors that affected the question of data archiving and re-use: how we found the sample, and our family-based theoretical approach.

For the sample, we were interested in exploring the transition into work, and what helped and what hindered. So we wanted to interview lone mothers who recently started working. We found our sample through the (as it was then) Inland Revenue and the Department for Work and Pensions, who agreed to draw a sample to our specifications. These were that the women should have at least one child aged 8 to 14, been receiving Income Support, started work and received tax credits between October 2002 and October 2003, and lived in specified areas of the country (see our DWP-published report on the first three rounds). This gave us a very well specified and robust sample. But one of the conditions was that we should not share the data, even in anonymised form, due to concerns about confidentiality and privacy. So, we agreed not to place the transcripts in a data archive, or make available in other ways. Data archiving had not been a condition of the funding for the project, so there were no issues there.

Times have changed, and the general view now is in support of open access to all sorts of research data, with a growing literature on the issues and challenges of this in respect of qualitative research. We do agree this is important and are very interested in the way that the ‘Working across qualitative longitudinal studies’ project is taking this forward. Understanding and practice have developed much beyond where we were fifteen years ago. As Bren Neale discusses in her recent blog, the debate has moved on: ‘a concern with whether or not qualitative datasets should be used is giving way to a more productive concern with how they should be used, not least, how best to work with their inherent temporality’.

Still, in some ways we are relieved not to have had to address the issues of how to anonymise our material in ways that would enable further analysis that could be properly grounded in the actual interview content. This difficulty would have been compounded for us by a key feature of our research design, which was that we interviewed both the mothers and the children.

Our initial starting point was that the move into paid work, and then trying to sustain work over time, was something that involved the children as well as the mothers. The children’s lives would change, and they would have their own perspectives and experiences. In order to explore this ‘family-work-project’ as we called it, we needed to interview both the mothers and the children.

We did find that the mothers and children shared a commitment to the family-work-project and that this was a key factor in enabling the women to sustain work. But in analysing the interviews, and presenting the management of work and care as a family issue, we were also very aware of the importance of maintaining within-family privacy and confidentiality. The family-work-project sometimes involved painful adjustments and compromises and, as time passed, some of the ambivalence came more to the fore.

For some participants, the challenges of managing family life with low and insecure incomes over many years did come at a heavy cost to family relationships, at certain points in time. From the first round, the interviews had been carried out separately with the mothers and the children. And we took the decision to analyse and present these separately as well, in order to maintain within-family privacy. Thus in our articles and reports, particularly those using all waves of the data, we have focused on the mothers and the children separately. Where, for example, we wanted to discuss how the mother responded to her child’s situation and decisions we did so without directly identifying the link to the child’s account.  But we did, of course, know that link ourselves. And we are not sure it would have been possible to anonymise the transcripts to ensure such protection and keep that separation between the accounts of family members. We struggled with this ourselves, and so are very aware of the challenges.  In making the data anonymous, there would, we think, inevitably have to be some loss of the overall family perspective.

Developing approaches to informed consent that can recognise the family perspective in the analysis of the data would therefore be useful. However, it is not always the case that a longitudinal study is funded over several waves with one funder, and in our case we sought funding as we progressed and the study developed. This was demanding, but at the time no funding would have been available for three or more waves of research. Getting and maintaining informed consent over time is particularly challenging and requires considerable ethical rigour to ensure that participants – families in this case – do not have an ‘obligation’ to continue in the study and are aware that their data may be used elsewhere.

Using, and re-using, longitudinal qualitative data from interviews is an ongoing process that is far from straightforward. It is important to be aware of potential issues in the design of the research, insofar as possible. But issues and tensions also emerge during the course of the research, and these cannot always be anticipated.

The third by DWP (http://lx.iriss.org.uk/sites/default/files/resources/rrep536.pdf).

The fourth by the Joseph Rowntree Foundation (https://www.jrf.org.uk/report/work-relationships-lone-mother-families). We thank all for their support.