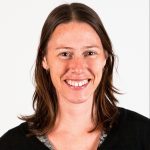 University of Technology in New Zealand. Her expertise is in rehabilitation and disability. Here, she reflects on the experiences of the group of researchers who worked on the ‘TBI experiences study’ – Qualitative Longitudinal Research (QLR) about recovery and adaptation after traumatic brain injury (TBI) – co-led by Professor Kathryn McPherson and Associate Professor Alice Theadom.  The team came to QLR as qualitative researchers who saw a need to capture how recovery and adaptation shifted and changed over time, in order to better inform rehabilitation services and support.

At the start of the study they had limited understanding about the challenges they would encounter because of the nature of QLR, but in ‘working it out by doing it’ they saw the immense value in such an approach, and indeed some of the authors have since been involved in other QLR projects.

Seeing the changes that matter: QLR focused on recovery and adaptation

For QLR, our data collection period (48 months in total) was relatively short. Our focus was on understanding what helped or hindered recovery and adaptation for people with TBI and significant others in their lives (family and close community). However, with 52 participants (and their significant others), the volume of data was significant. We interviewed our participants at 6, 12, 24 and 48 months after a TBI. At 48 months this was a subset of participants with diverse experiences.

The focus for our analytical approach was a type of thematic analysis based on Kathy Charmaz’s writing on grounded theory. The purpose of our research was to build a picture of what recovery and adaptation looks like for a cohort of people over time. While we did do some analysis of ‘case sets’ (the series of interviews relating to a particular person) to understand and contextualise aspects of their stories, the focus of analysis was not as much on individuals as it was on looking at patterns across the participant group.

Of course, making sense of a large amount of rich data is always challenging, but the added dimension of change over time was something we spent a lot of time pondering. Because we were interested in exploring 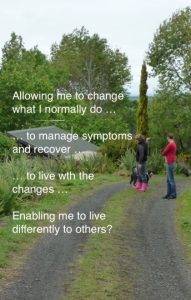 recovery and adaptation – and we were particularly interested in how this presented across a cohort – one of the biggest challenges was to find strategies to make the changes we were interested in visible in our coding structure so we could easily see what was happening in our data over time. We chose to set up an extensive code structure during analysis at the first time-point, and work with this set of codes throughout, adapting and adding to them at further time-points. We reasoned that this would enable us to track both similarities and differences in the ways people were talking about their experiences over the various time-points. Indeed, it has made it possible to map the set of codes themselves as a way of seeing the changes over time. To make this work well, we used detailed titles for the codes and comprehensive code descriptions that included examples from the data. At each time-point the code descriptions were added to, reflecting changes and new aspects, and at each time-point consideration was given to which particular codes were out-dated and/or had shifted enough to be inconsistent with previous titles and descriptions. We also considered the new codes that were needed.

I will illustrate with an example. A code we labelled ‘allowing me to change what I normally do to manage symptoms and recover’ at 6-months, needed extensions to the code description at 12 months to reflect subtle changes. Beyond that although data still fitted with the essence of the code that had been developing over time, we began to question the ongoing appropriateness of the code title. The later data related to the same idea, but it was no longer about managing symptoms so much as it was about navigating the need to do things differently than before the injury in order to cope with changes. This way of working with the code enabled us to reflect on the experience and processes for participants relating to ‘allowing me to change what I normally do’ over time. At the 24-month point it was ‘in transition’ – not quite a new code yet, but different enough to be an uncomfortable fit with the original title and description. The description now included this query and ideas that might help us re-consider it in light of new data in the future.

It was apparent that when analysing interviews with participants at 48-months, the data related to this idea had changed, and it was clear that it no longer fitted the existing code title or description. We needed to consider introducing a new code, one that had a key relationship with the existing one but captured the essence of our findings more clearly. Essentially, the idea of ‘changing what I normally do’ had expired because there was less of a tendency to refer to pre-injury activities as ‘what I normally do’. However, negotiating having to do things differently than other people in order to manage life was still an issue for the participants who were experiencing ongoing effects. The change in the codes over time and the relationship between the ‘old’ and ‘new’ code were very visible using this system. The extensive code descriptions helped orientate us to the interview extracts that were most influential in shaping the code, and the database we set up for recording our coding allowed us to create reports of every extract coded here so we could review and debate the changes with reference to the key data and the general ‘feel’ of what was coded there.

Another key strategy we used to help us explore the data over time was the use of data visualisation software. The software we used (QlikSense) is designed for exploring patterns in data and then directly drilling down into the relevant detail to look at what is going on (as opposed to seeing an overview – we did our overviews on paper). One example is where codes and groups of codes varied in their prominence (e.g. coding density or number of participants who contributed to the code) across different time-points. Seeing these differences prompted us to look at the code descriptions and the data coded there to consider if this pattern added to our understanding of how people’s experiences were changing over time. We provide some more detailed examples of different patterns we explored in the paper that was published in Nursing Inquiry in 2017. The paper also gives some more detail and a slightly different perspective on some of the other discussion in this post. We invite you to read the paper and contribute to the conversation!