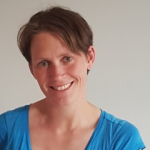 Dr Ruth Patrick, Social Policy Researcher in the School of Law and Social Justice, University of Liverpool, contributes today’s guest post. Ruth’s research illustrates the ways in which qualitative longitudinal research can help us to understand popular and political narratives around poverty, welfare reform and austerity and lived experiences for those directly affected by recent and ongoing changes to the social security system. She is author of For whose benefit: the everyday realities of welfare reform.

In her post, Ruth draws on an ongoing project – The Lived Experiences of Welfare Reform Study – to demonstrate the value of conducting both diachronic and synchronic analysis in qualitative longitudinal work. In so doing, she highlights some implications for re-users of such material.

When I think about the – many – reasons why I am a fan of qualitative longitudinal research (QLR), I often remember Tess Ridge’s reflection on her own journey moving from researching at one point of time to researching through and across time. Tess described her experience as equivalent to going from watching television in black and white to technicolor, such are the greater depths, richness and detail that qualitative longitudinal research enables.

This richness is a wonderful advantage of QLR, but it does create challenges for the research process, especially when it comes to data management and analysis. In ‘The Lived Experiences of Welfare Reform Study’, I have followed a small number of single parents, disabled people and young jobseekers as they navigate the changing social security context, and experience an increasingly punitive regime of welfare conditionality and benefit sanctions. This research (which remains ongoing) has generated rich data, which I have sought to analyse by working to develop both diachronic (tracking a case over time) and synchronic (looking across cases at one point in time) analyses, as well as exploring the iteration between the two (Corden & Nice, 2006). To aid my data management, I use the qualitative analysis software package NVivo, with thematic codes emerging from a close reading and engagement with the data generated. Data analysis strategies include developing pen pictures for each case, which provide a short account of each individual’s journey through welfare reform. The synchronic analysis is supported by the coding process and then efforts to climb the analytical conceptual scaffold working upwards from data management and coding to descriptive analyses, and finally to explanatory accounts (Spencer et al, 2003). Repeated immersion with the data is critical, as is taking the time to return to the data generated after each wave, as each re-analysis brings fresh insight. In looking to the iteration between the diachronic and synchronic, I find it helpful to explore patterns and anomalies in the data generated, and to identify common themes emerging through time between the cases.

One theme to emerge very strongly from this analysis is the extent of ‘othering’ that exists (Lister, 2004), whereby the people I interviewed seek to assert their own deservingness to social security by dismissing and being critical of the asserted ‘undeservingness’ of some ‘other’. This ‘othering’ was widespread in my interviews, and there was some evidence of this increasing over time, as welfare reforms continued to take effect. 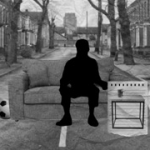 For example, Chloe, a single parent, talked negatively about immigrants in each of our three interviews between 2011 and 2013. However, her anger grew at each interview encounter and – by the third interview – in 2013 – she was employing threats of violence, and using racist language, in her articulation of how she felt towards this ‘other’ that she judged undeserving.

My initial diachronic analysis of Chloe’s case found that her sense of anger and even hatred towards immigrants grew over time, and that this could have arisen because she was herself being increasingly adversely affected by welfare reform. As her own situation deteriorated, she hit out more stridently at the perceived ‘other’, with her anger borne out of alienation, poverty and disenfranchisement.

However, another analysis is possible. As qualitative longitudinal researchers remind us (see, for example, Neale, 2018), one of the advantages of QLR is that repeat encounters develop the relationship between researcher and researched, and then create the possibilities for disclosures in later interviews because of a strengthened relationship and improved trust. Could it be, therefore, that Chloe was only speaking more stridently because she felt more secure in our relationship, and comfortable to speak to me more openly?

There are no easy answers here, and to assume otherwise would be simplistic but analytical strategies can help. Further diachronic analysis of Chloe’s case reveals that there were some significant disclosures made in the third interview wave, which were not mentioned (although relevant) in the first and second interviews and so this might suggest a change in relationship as posited. At the same time, though, synchronic analysis of ‘othering’ in each of the interview waves shows that the increased presence and ferocity of ‘othering’ observed in Chloe over time was also observable in several of the participants.

What is important to recognise – above all – is that as a qualitative longitudinal researcher returns each time to a participant, their relationship is inevitably evolving and changing, and that this may alter what participants say and why they say it. Working within and between cases in an iterative manner could help a secondary analyst to understand more of the context of the interview, and to consider how the changing relationship between researcher and participant may have impacted on what is disclosed over time. To further support this, it is beneficial if secondary analysts can have access to any field notes or research diaries completed by the primary researcher(s), as these may help clarify how research relationships evolved over time, and any reflections from the researcher on how these affected the data generation process.

QLR is a wonderful method within a researcher’s tool bag, but it – like any of the most powerful tools – needs to come with careful instructions and health warnings.

Corden, A. & Nice, Pathways to Work: Findings from the final cohort in a qualitative longitudinal panel of Incapacity Benefit recipients. Research Report No 398. London: Department for Work and Pensions.

Neale, B (2018, in press), What is qualitative longitudinal research? London, Bloomsbury.

Neale, B. & Hanna, E. (2012), The ethics of researching lives qualitatively through time,